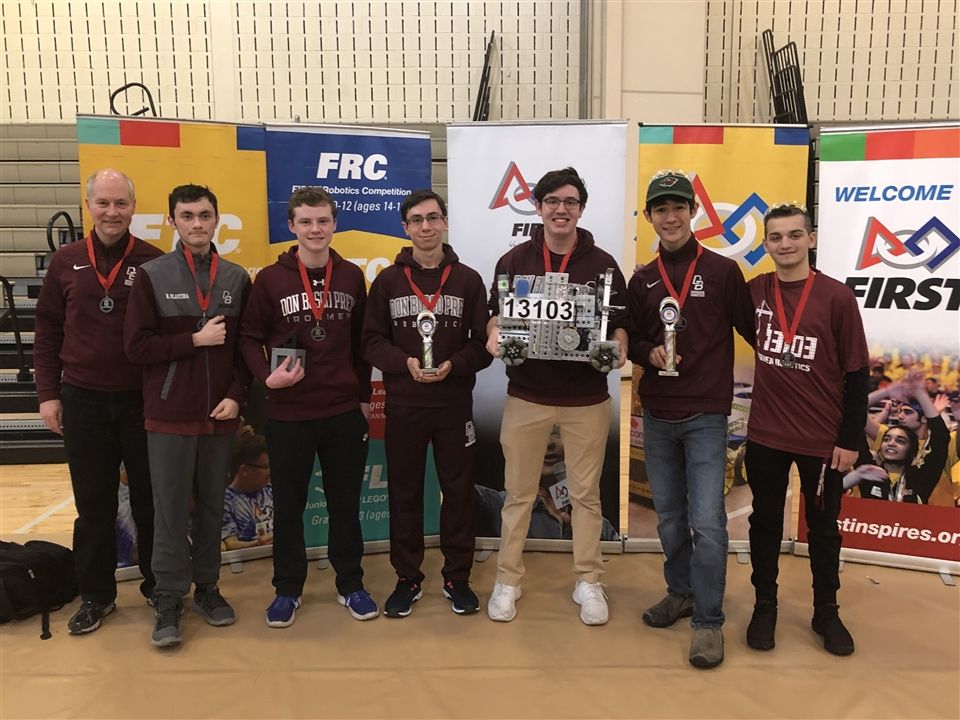 12/9/2019
Congratulations to Ironmen Robotics FIRST Tech Challenge (FTC) team for being the Captain of the winning alliance at the NJ FTC Robo Joust Qualifying Tournament held at Livingston High School on December 8, 2019, thereby qualifying for the NJ FTC State Championship Tournament in March. Twenty-eight teams from local high schools participated. Although the Ironmen finished the qualifying rounds in second place with a 4-1 record, they were able to overcome stiff competition to win the elimination rounds. The Ironmen also received the Collins Aerospace Innovate Award at the competition for their design of a lens system to extend the range of the color sensor on their robot, and they were the runner up for the Inspire award, the highest award given at the competition. They were also nominated for the Control Award.

The FIRST Tech Challenge is used each year as the main project in the senior-level Robotics Project Class. All members of the FTC Team are also members of the class. Team members in the photo from left to right are Fr. Lou Konopelski, Robert Plastina, Teigue McCormack, Michael Kourkoulakos, Niall Moloney, Aidan Bele and Vincent Massa.
Back