Don Bosco and the Salesians

Sharing A Common Mission: To Serve Others

WHAT IS A SALESIAN?

The Salesians are a family of men and women founded in 1874 by an Italian Catholic priest, St. John Bosco, commonly referred to as “Don” Bosco.

Since then his society has been known as the Salesians of Don Bosco, whose mission is making each Salesian school, parish, youth center or other work a home where young people are welcome, a school where they learn important life lessons, a parish where they gather to grow in faith, and a playground where friendships are built.

With 14 priests and brothers in residence, the Salesians are ever-present in the daily lives of our students.

They take on many roles as teachers, club moderators and coaches. They assist on mission trips, help organize our fund raisers and cheer on our students at sporting events, academic exhibitions and arts performances.
"St. John Bosco firmly believed that God has a special affection and purpose for each young person.  As his spiritual sons, we Salesian priests and brothers dedicate our lives to journeying with young people to assist them in growing into who God made them to be and discovering their mission and purpose in life."

OPPORTUNITIES TO SERVE INCLUDE:

Nurturing faith and helping students along on their spiritual path, we offer many liturgical events and retreats throughout the year.

SOCIAL AND ATHLETIC EVENTS INCLUDE:

Deepening our community’s spirit of family, faith and fun, our Youth Ministry team organizes social and athletic events that all will enjoy. 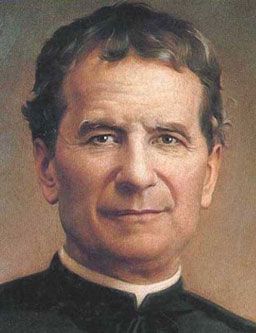 John Bosco was born in the farmtown of Becchi, Italy on August 16, 1815. At the age of two, young John lost his father, leaving him, his older step-brother and his younger brother to be raised by his mother, Margaret. A good woman, she taught them to pray to God and to help the less fortunate.

In 1835, at the age of 20, John entered the seminary, and following six years of study and preparation, he was ordained a priest in 1841. His first assignment was in the city of Turin, where there was widespread poverty. It was in Turin’s poor neighborhoods that John, now known as Father - or “Don” - Bosco, began to work with abandoned boys. He tirelessly taught them catechism, organized games for them, and sought work for them. In 1846, Don Bosco obtained property in the impoverished area of Turin known as Valdocco. There he, with the help of his mother and some other priest-friends, opened what he called “a festive oratory” that became a home, a school, a church and a playground for hundreds of boys.

In 1859, Don Bosco invited some of his older boys to remain with him and work for the young. These were the very first Salesians. He drew up a set of rules for these young helpers, which became the Rule of the Society of St. Francis de Sales, approved definitively in 1874 by Pope Pius IX. This society, named for St. Francis de Sales, an early-modern bishop in France renowned for his kindness and zeal, is known today as the Salesians of Don Bosco.

St. John Bosco was an exceptional educator. His acute intelligence, common sense, pastoral heart and profound spirituality led him to create a system of education that developed the whole person - body, heart, mind and spirit. This system keeps the young person at the center of the whole educational enterprise, fostering their growth and freedom.

To distinguish his method from the repressive system of education prevalent in 19th century Italy, he called his own method the ‘preventive’ system – because it sought to prevent the need for punishment by placing the student in an environment in which he knew he was loved and was encouraged to be the best he could be.

A congenial, friendly and holistic approach to education, the preventive system creates a climate that ‘draws forth’ (educere) the best in the student, that encourages his complete and fullest self-expression, and that assists him in acquiring habits that will lead him to opt in favor of what is good, healthy, joyful and life-enhancing.

The Salesians of Don Bosco spread to several countries during Don Bosco’s lifetime, and his death on January 31, 1888 did not slow the order's growth. The Salesians are the second largest religious order in the Catholic Church, numbering today over 15,000 priests and brothers who work for the young in over 130 countries around the world.


St. John Bosco was beatified in 1929 and canonized in 1934. One of his students, Dominic Savio, has been canonized as well, and the causes of numerous members of the Salesian Family are in process. 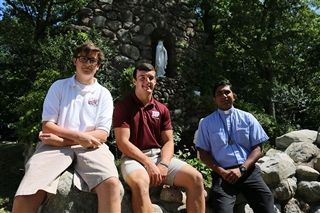 The Salesians of Don Bosco (or the Salesian Society, originally known as the Society of St. Francis de Sales) is a Roman Catholic religious order of priests and brothers founded in the late nineteenth century by Saint John Bosco to care for the young and poor children of the industrial revolution. The order is named for St. Francis de Sales, an early-modern bishop of Geneva.

In 1845, Don Bosco (Don = Father) opened a school for boys in Valdocco, Italy, now part of the municipality of Turin. In subsequent years, he opened several more schools, and in 1857 drew up a set of rules for his helpers, which became the Rule of the Society of St. Francis de Sales, which Pope Pius IX approved definitively in 1873. The order grew rapidly, with houses established in France and Argentina within a year of the society's formal recognition.

The Salesians expanded further into Austria, Britain, Spain, and several countries in South America. The death of Don Bosco in 1888 did not slow the order's growth, and by 1911 the Salesians were established throughout the world, including China, India, South Africa, Tunisia, and the United States. The society continues to operate worldwide; in 2000, it counted more than 20,000 members in 2,711 houses. It is the second largest religious order of priests and brothers in the world.